The #1 Music School In The Area! 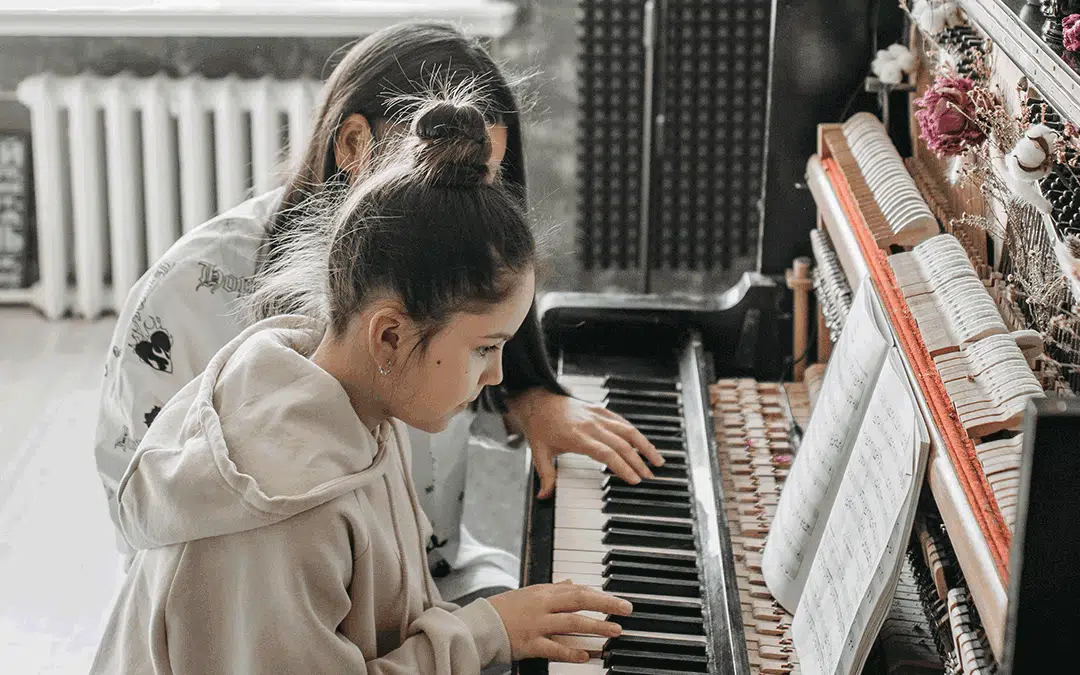 Kirsten Rotvold has been involved in music for as long as she can remember. Now, she uses that passion and experience every day as a piano teacher at the Minnesota School of Music.

She has always wanted to teach, but since her primary instrument is the flute (though she is proficient on the piano as well), she didn’t consider piano instruction until she saw the posting for the Minnesota School of Music. She decided to apply for the role and became the first undergraduate to teach at the school!

“My favorite thing about teaching is being able to form a unique relationship with each student by knowing what’s going on in their lives besides the piano,” Kirsten says. “I also like being able to see how excited they are when they succeed. It makes them so happy, so I enjoy pushing them toward their goals.”

Kirsten started taking piano lessons when she was about 5 years old. “I was really excited to play piano,” she says, “because I would always hear the organ at church, and I thought it was so cool.” She and her brother, who also played, didn’t have the most typical musical taste for children. “When I was little, my mom would take me to the library,” she remembers. “My brother and I would look at the classical music cassette tapes and take them home to play. I was interested in Beethoven and Mozart!”

Kirsten later started flute around the age of 10, and she is now a flute performance major at the University of Minnesota. She plans to eventually go for her master’s degree, and her ultimate goal is to play flute in a professional ensemble — while still teaching on the side.

In her free time, Kirsten plays in the University Symphony Orchestra and the University Wind Ensemble. She also enjoys photography and spending time with her Brittany spaniel, Lexi.

As for what she likes best about MnSOM, Kirsten notes, “Playing in orchestras can feel very cutthroat and competitive, but MnSOM isn’t like that. They do a really good job of making the students feel encouraged and like they’re doing well.” Even more importantly, she says, “When you walk in, it’s a nice, friendly environment, and it feels close and tightknit. Mr. Nehring is very welcoming and friendly, and John is always at the front desk, happy and smiling.” 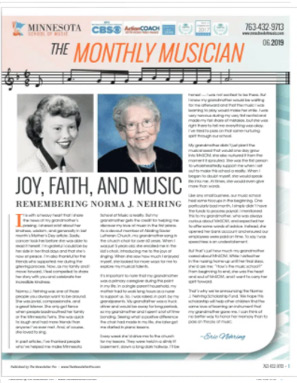